Okay, let's set aside all the glamour, ectasy and orgasmic pleasures that Italy has to offer. Yes, unbelievable experiences do abound in Italy making it all "worth it". Worth what you ask? Worth the pain. Yes, pain in the arse! At times living in Italy (and most other EU countries) is painful. Our American expectations in terms of service, efficiency and responsiveness are simply incongruent with European lifestyles at times.

Here is just a trivial sample of what you might experience when living abroad in Europe (especially Italy!):

1. "Not possible" - get used to the phrase all across Europe. Whether asking for a "free" glass of water out of the tap, or simply a small plate (for the bread and oil). This is the most common English expression we heard across the European continent. It has since become a joke for our family, but an ongoing reality too. 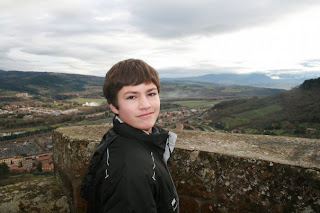 2. "Come back later" - in other words they elected not to do the work, don't know the answer, or simply forgot about it while they were on their smoke break, coffee break, or lunch break (or any other "break" they elect to take randomly during the day). The best part about it, is that an entire public office will take a "break" at the same time, instead of rotating in an orderly fashion. As a result, all work comes to a grinding halt when everyone decides to have a smoke and cup of espresso at 1000a, 1200p, 200p and 400p. ;)

3. "Take a number" - means start the waiting process for countless hours of sitting in line after line after line, only to get one or both of the responses above. This is particularly humorous when the Italian consulate in the USA has been so efficient, completing, processing and stamping things (like VISAs) in a matter of days, contrasted with months of waiting in Italy for a permesso (permit to stay). Oh yeah, we had snow 4 weeks ago, that caused a back up! (Honestly, we heard that one too!).

4. "You don't want that" - what do you mean? It is right here on the menu, I would like to have this glass of wine with this entree. Regardless of your pleadings if the Italian waiter doesn't want you to have a glass of Pinot Noir with your Pork, then guess what, they will bring you what they decide. Really! Remember in Europe, all the cultures have a "right" way of doing things, and a "wrong" way of doing things. If you are American and make the "wrong" selection, they will simply correct it for you. (But, what if I like Pinot Noir with Pork? Too bad.)

5. "Che sara sara" or "What will be will be". All the Italians complain about the incredible bureaucracy and complacency of government at every level. Yet, all of the Italians seem to play an instrumental role in actually upholding and maintaining their part of the bureaucracy. "What can I do?" they'll plead; I say "do your part, be more efficient!" "Why, Giacomo, there is no rush?"

6. "They are on holiday." This was my favorite response from local street vendors when I asked why certain shops were closed mid-week in January. Well its holiday of course! What holiday you ask? Well in addition to the 1-month that Italy shuts down for August, and the 20+ other paid holidays, saints' days, religious festivals and ceremonies, there is another 1-month holiday in Italy for January-ish to February-ish. Not so much business then, so why not shut down? Really!

7. "You can't drive there!" - and oh by the way, they're sending you a 150 Euro ticket in the mail. What!?! Really, it is true. The concept of ZTL (or zona traffica limita) exists throughout much of Europe for many cities to curb traffic in the inner cities and reduce congestion. A great idea - if they were MARKED! The problem is that too often what the "locals" know, is what the guide books and namely your GPS does not - the actual boundaries and hours of the ZTL. Even if the boundary of the ZTL is marked, then the hours may be incorrect (as is the case in Florence). Thus, if you drive at the times marked on signage, you'll still get a ticket (because you didn't know better). Ugh! (Note, one of our American friends relayed he received almost 600 Euros in fines for 1 circuituous trip through the ZTL). Watch out!

8. "Take a photo with me!" - but it will COST you money! Even though the characters, mimes and medieval soldiers all over Europe at major destinations are clearly standing in PUBLIC places, there is an unwritten rule that if you take your picture with one of them, then pay up! Seriously. Otherwise, expected to accosted and ridiculed by all the play-actors on the street. 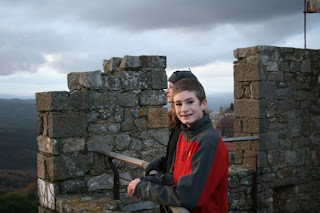 9. "It's not time to eat." - this is perhaps my favorite response midday when traveling with 2 teenage boys. American concepts of restaurants being open during the day simply don't apply across much of Europe. You eat lunch between 1200p - 200p. Dinner is from 700p - 1100p. That's it. If you stay too long at a museum, try to look at one more church, visit one more shop, or stroll along just one more street, THEN you may just miss prescribed dining hours. If that happens, you're hungry and out of luck. Your best bet is a limp sandwich at a bar or street vendor. Ugh!

For what it's worth, the above experiences sum up the most common misconceptions, mistakes and challenges that we have as Americans. As a culture, we Americans are generally pretty wound up and get agitated over little things. Myself included.

Somehow, most Europeans (especially the Italians) don't seem to be bothered by all these little nuances and challenges. They just go with the flow. Remember they are living within these same constructs too, so they're also dealing with ravenous teenage boys. It just requires a little planning ahead, street smarts, and a bit more care-free attitude.

Whereas I have had a tendency to get frustrated with non-compliant waiters and businesses closed midday, my wife has adapted incredibly well to this laissez-faire culture. Unlike myself (who has demonstrated too many Ross-like outbursts on Friends!), my wife Janelle has shed her Type-A tendencies (aka Monica on Friends!) to become a bit more cafe-free (aka Phoebe on Friends!). What a shift, but a healthy one at that.

Life is short she reminds me. Che sara! Sara! 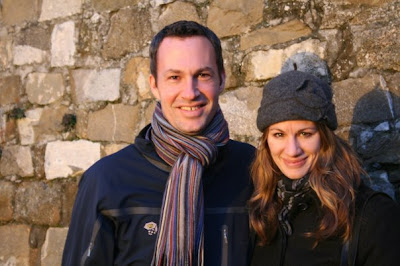