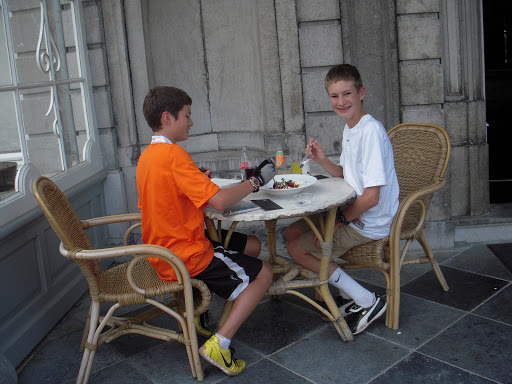 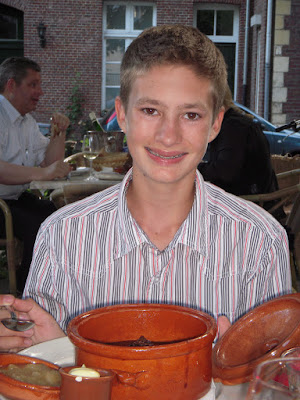 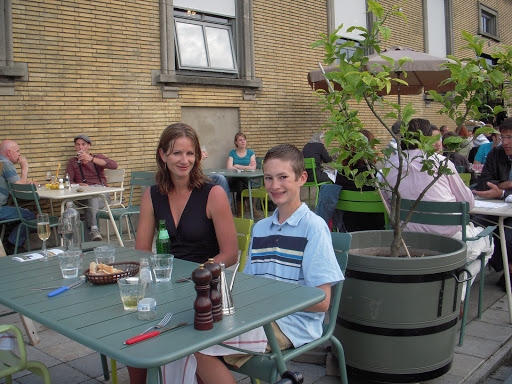 In my last post I mentioned all these great things about Holland, being out and about, markets running all of the time, a healthy lifestyle overall. The same ['great things'] can be said for nearly every country... For example: America has great medical research, incredibly progressed technology, a stable government, a police force who works for the people.

But countries also have things that aren't so great about them. For example, the US also has a rising obesity rate, a rather non-social lifestyle, and uncontrolled crime in places. Each and every country has its pros and cons.
For Holland the cons are not bad (it's even illegal to own a gun outside of the police force), but they can be a little inconvenient to spoiled Americans such as ourselves. Of course we have not necessarily been soaked in the Holland culture a lot, but we have an idea.

In my last post I talked about interesting things I had noticed at breakfast. As far as shortcomings, I have most noticed them in restaurants, not at homes. First of all, in contrast to an American restaurant, a glass of complimentary tap water is not served when you sit down. Typically you have to pay to get water---usually at a ridiculous price. Another ideal that is virtually non-existent here is the concept of a bread plate. So you will be served an appetizer to share, but you have no place to set down your goodies (I usually have need of this as I am definitely the slowest eater in the family).

Generally the quality of service seems to be a shade lower too, as after the meal the waiter may not show their face for at least 20 minutes, which could be somewhat annoying when you need to go somewhere (and they never seem to clear empty plates!). Quality of food is generally good however, and we are usually satisfied with our meal. One other thing that comes to mind is that sometimes people here must pay to go to the bathroom!

Many things I have mentioned are actually only inconveniences, but seeing as we are eating out for nearly all of our lunches and dinners we have become attuned to those differences. There are many other minor inconveniences such as poorly gridded streets, lots of smoking (at least more so than the US), and the lack of picking up dog poop.

To be fair, America probably has many shortcomings in the eyes of the Dutch.

I still think that the Dutch are an amazing people: they just know how to live. And yes, I still love the US, but this could be a second home... almost. I think that I have hit a point in my life where I have began to get connected to my position back at home, I have friends, I love our cabin in Montana (as seen in my moms post before this one), along with other things that my life in Seattle has to offer.

Still... so far in Holland it appears 'work' closes early, and opens late, is closed on Sundays, and vacation is vacation---no computers, no cellphones, no nothing. I, along with many others, wish we could take the best of them both and smoosh them together into a 'best of both worlds', enviable place to live.
AUTHOR Anthony