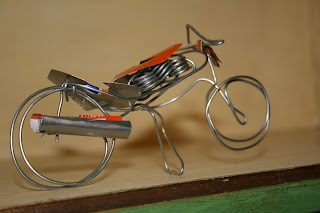 I actually wrote a post about the card games we played all summer---a good travel size game to fit into panniers while cycling Europe. Cards provided countless hours of fun and entertainment for our family.

But now we have landed in Florence, and have started to settle in. It seems to me that when you extract yourself from your life (in our case Seattle, WA), and plant yourself somewhere else (say Florence, Italy), you are armed with more down time. You have yet to ante up for volunteer at school, you don't know anyone so dinner dates and play dates are slow in coming. You don't attend as many meetings---because you aren't on committees. Carpools are gone (especially in our case, since we have no car); so is administering them. The boys now bike to and from school---and to and from soccer practice.

Beyond soccer, school and homework, the boys have some solid time off. Granted, we take them to tour museums, walk the bridges and visit outlying cities, but during the week when homework is done, they have some idle time. Time for their minds to linger and their creativity to be summoned.

It has been sheer joy to watch the boys organically come up with games. By virtue of the fact that they are tired of cards? Perhaps because we don't really have much in the way of gadgets or games (though Caleb bought an Italian glass chess set for Anthony's birthday---very cool). 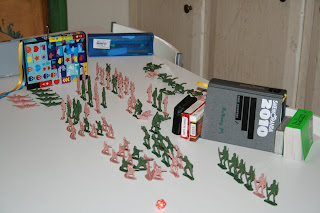 Inspiration.
There are many street vendors here in Italy, usually with paintings or jewelry, a pile of sunglasses or mechanical cars. Every so often we see a gentleman making birds from reeds or bicycles from wire. The latter has served to provide countless hours of inspiration and ideas for the boys. We bought wire and pliers, and the boys formed bicycles. They cut up soda cans and added them for adornment. This recently morphed into wires and cans and wooden marbles and a rule-infused shooting/hockey type game. (Note: cans are either Coke, Sprite or Fanta. They are the tall skinny cans; these are the common soda options here---that or iced tea). The wooden marbles came from Sienna, each painted according to the neighborhood. Very cool souvenir. 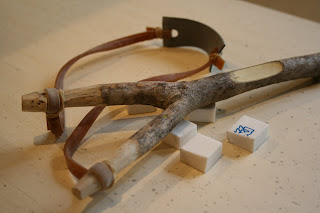 Besides wire models and made-up games, [on our visit to Orvieto] we found hanging inside a pottery shop, a small pile of sling shots---easily our favorite purchase from Orvieto. They work well, and small white erasers (cut in two) make perfect 'bullets.' A few cardboard circles on the wall for targets, markers on the ground for distance... and the entryway for our apartment finally serves a function.

Then there are the army men. At the Euro store there are cheapish, plastic toys. One of these little bags hanging on the wall, is a mixed bag of red and green army men. We bought four (cheap entertainment: that is about $5). They have scaled books, formed ranks, strategized attacks and bombed troops (with a functioning catapult pencil sharpener/key chain---yes, really. Caleb bought two at a souvenir shop at the Tower of London).

Beyond the antics of new games and wire art, the boys also spend some of their spare time painting, sketching, walking to get gelato and scouring souvenir shops... for the next inspiration.
AUTHOR janelle