Wow! Here I am re-reading some of our Family Frolics posts, recognizing (sadly) that I have failed to capture important family moments the past 2 years.  My last post was in September 2012, almost 30 months ago.  Time has been marching on, despite our attempts to “slow down” and enjoy the good life.

Well, there is no point in crying about spilled milk (if it’s whiskey – that’s another matter).  I have resolved to rekindle my Top 5’s for 2015, starting with a recap of 2014.  Thereafter, I am going to endeavor to capture the Top 5’s each month (it’s on my goal list – seriously).  These are experiences that should be recorded.

1. We Adopted a son! Cosimo Segnini. 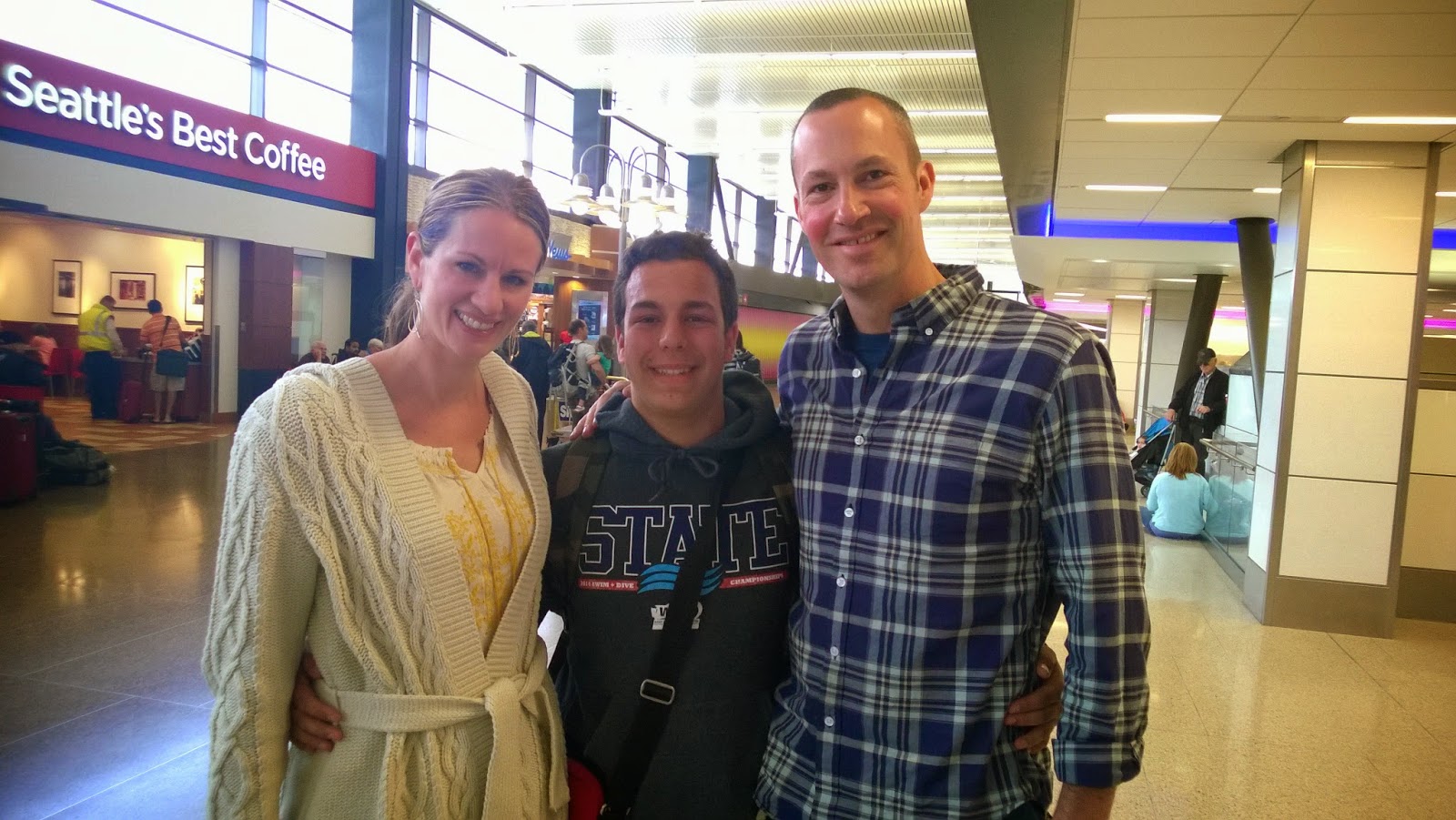 At 17 years old, Cosimo came into our life as an Italian Exchange Student from Pisa and changed our lives – forever.  Although it was Anthony’s senior year in high school, we deliberated as a family and agreed it would be worthwhile to host an Italian Exchange student to “mix things up” – in a good way.  It worked.

Cosimo arrived in Seattle at the end of August 2013 to attend Roosevelt High School.  He was quickly indoctrinated into the Maiocco household, including regular trips to TNT Taqueria, Dick’s Drive-In, and hanging out at Gas Works Park.  But, more importantly, he joined our family, adding a new dynamic, positive energy and a “go for it” attitude that was infectious.  While some exchange students may be shy, Cosimo was gung-ho, participating in Roosevelt cross-country, winning “most inspirational” for the swim team, and giving his all in soccer.  He built life-long friendships with Anthony and Caleb, and his good friend at Roosevelt - Jacob.

All the “regular” stuff was new with Cosimo – helping our family appreciate one another and the many blessings in our life.  Fires in the backyard, watching Seahawk football games, family dinners (including grace in Italian!), attending church, boating on Lake Washington, and daily Seattle life – all of it took on new meaning with Cosimo. Our annual Christmas trip to Montana was especially memorable.  Not only did we play hockey on the lake, snow mobile, enjoy countless games, and ski at Schweitzer (Idaho); but, unbelievably, we had a cabin fire and full loss of power and water for two days in sub-zero temperatures. (I can imagine him re-telling the story to his Italian friends in Pisa!). 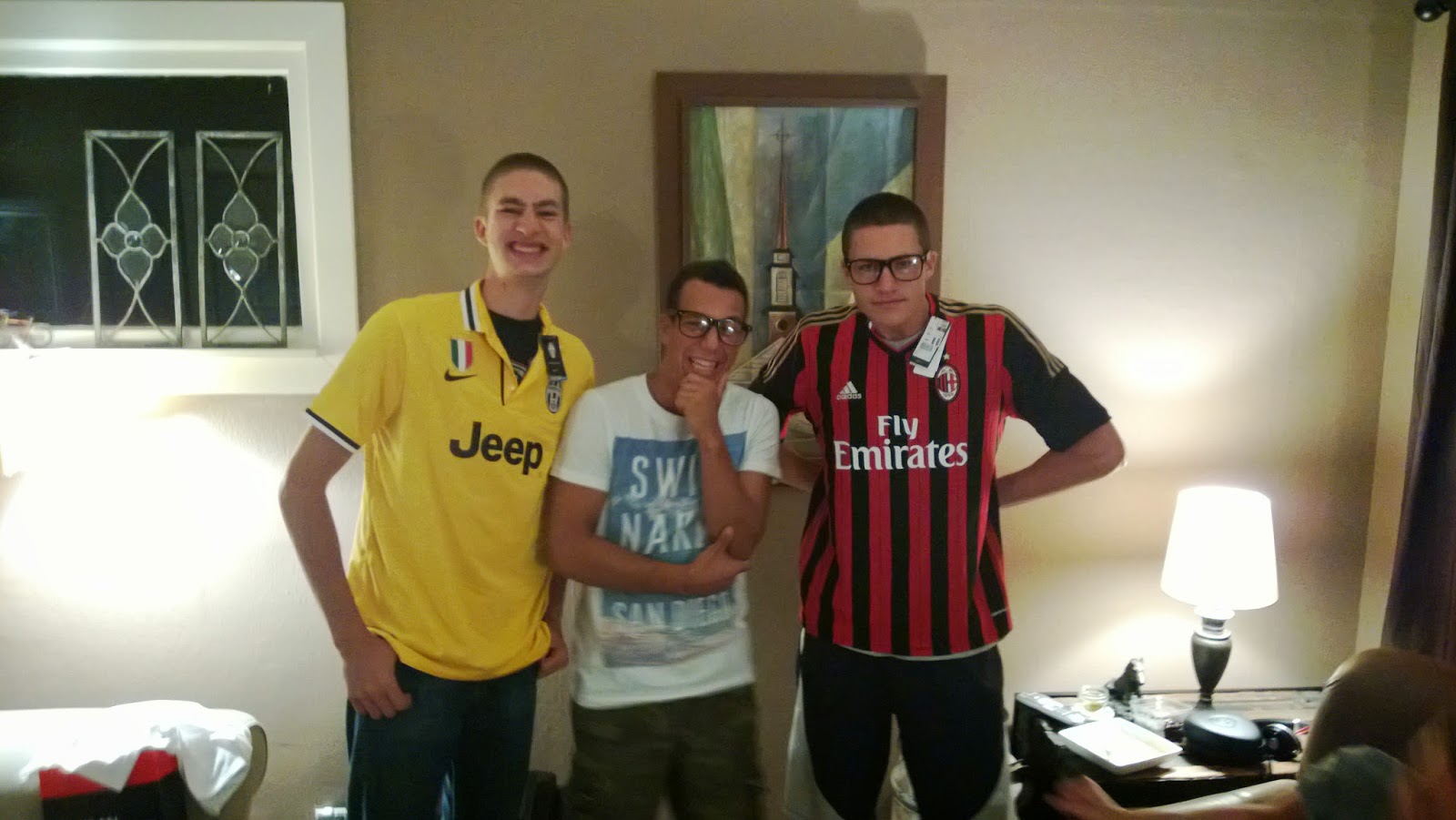 In the Spring, Cosimo took a memorable trip to Arizona with Jacob’s family, enjoying a reprieve from the wet Seattle winter; enjoyed a quick trip to Orcas Island; and made an overnight excursion with Anthony & Caleb to Vancouver, B.C.  Altogether, lots of fun activities, but after an entire school year, it was Cosimo’s daily presence, laughter and warmth that we cherished most.

While it was difficult to say goodbye at the end of the school year, we’ll see Cosimo again – soon (Spring Break 2015!).  A huge thanks to Cosimo’s parents for sharing him with us for an entire year – we are indebted. In 2014 our eldest son, Anthony, graduated from Bishop Blanchet High School.  After all the years of parenting, schooling, coaching, loving and praying – Anthony officially sprung from the coop.  We often joked that he was ready to be an adult when he was a child.  Now, it was official – Anthony had graduated from high school and was ready for college.  ;) 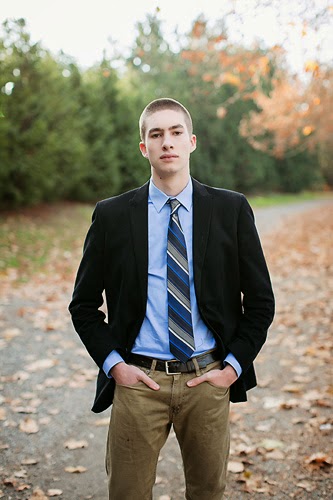 Janelle and I have been fortunate to have a son like Anthony who is naturally studious, curious and eager for adventure.  Graduating high school was an easy evolution and transition for him – Anthony had been ready for quite some time.  However, nothing prepares you for the day when it finally arrives.  Graduation was memorable and well documented (with plenty of photos to prove it).  Naturally, we’re proud parents and eager to see Anthony succeed.  There’s not enough good things we could say about him; the future holds great promise for Anthony.  It is a pleasure to support Anthony at the University of Washington – where he is a quick study of university life, developing his talents and beginning to navigate life’s journey.

3. Boys Trek to Europe (and Iceland!) 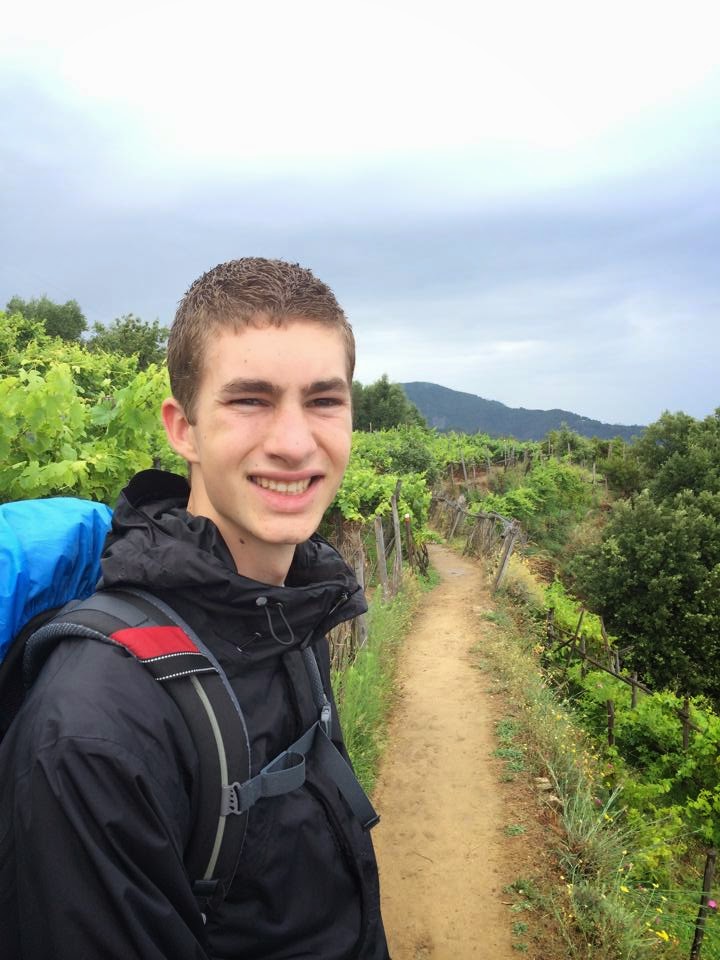 As a graduation gift for Anthony, and to help ease the transition of Cosimo’s departure, we sent Anthony and Caleb to Europe for an extended summer holiday.  They had no itinerary – just two round-trip airplane tickets (inbound to Amsterdam, departing Milan), two Eurorail train passes, hostel membership cards and back packs.  They were to spend 3 weeks traversing Europe, following their curiosities and making memories together.  Janelle and I trusted God would guide them on their venture, and we watched from afar (thankful for mobile phones). 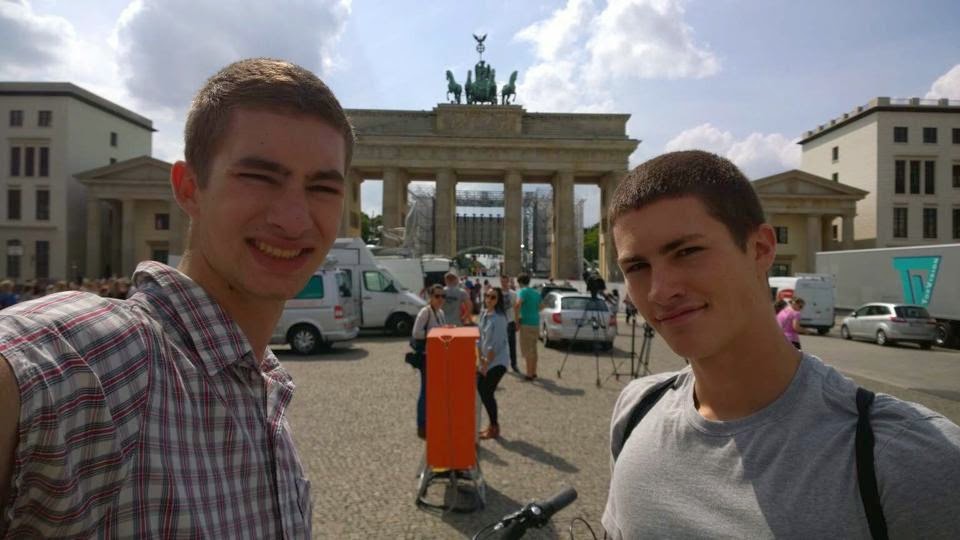 The boys sauntered from the Netherlands to Germany (where they enjoyed the World Cup final with throngs of other revelers in Berlin), then to Czech, Austria and finally Italy (where they stayed with Cosimo’s family).  During their stay in Italy, the boys revisited some familiar sites and places, including our old abode in Florence, their former school, Sacre Cuore, and head mistress, Signora Lupoi.  On their return the boys had a brief stay in Iceland, exploring Reykjavik, before landing in Seattle.  As for their experience and memories - the storytelling is ongoing.  Anthony and Caleb both came home grounded, more mature and with a fresh perspective on their lives in the United States.  For Caleb, who returned to our home for his solitary senior year (absent Anthony and Cosimo), the Europe trip was especially meaningful and timely – a good boost for his last hurrah at Bishop Blanchet. 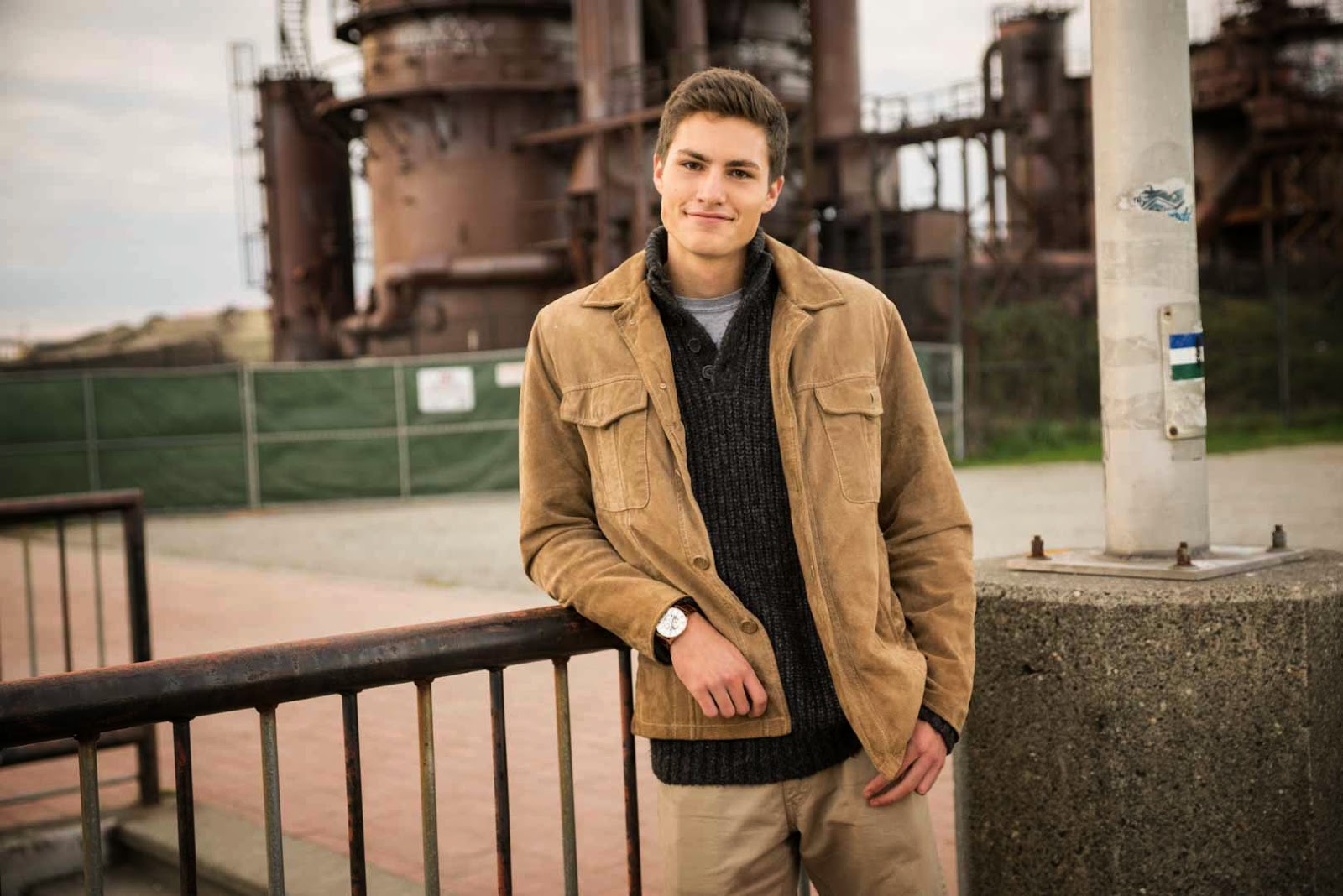 Over the course of the past four years, we’ve had the pleasure to travel to some fun destinations and visited colleges along the way.  This past year, I took a trip with each son, to deliberately look at a few colleges of interest to them.

While Caleb was in New Orleans, building homes as a volunteer over Spring Break 2014, Anthony and I went to the midwest to visit three colleges where he had been accepted (Washington St. Louis, Northwestern, and Michigan). We took a round-trip flight to Indianapolis, then proceeded on a memorable week-long road trip (across a lot of farm country) to visit each school.  We stayed in AirBnB’s for the entire trip, which added color to our trip and kept us in budget.

Indianapolis left much to be desired as a city (other than DuckPin bowling).  At Washington St. Louis we enjoyed touring the beautiful campus, and visits to the Gateway Arch and City Museum (recycled art playground – awesome!).  Northwestern was similarly impressive, with the campus beautifully situated on the water in Evanston (including a new ME building sponsored by Ford).  And, lastly, was Michigan; while the main campus is gorgeous and inviting, the north campus for engineering was austere, uninviting and downright depressing (including underground labs with no light).  Throughout the trip, Anthony and I had great conversations and good food, too, which helped make the trip all the more meaningful.  In the end, Anthony chose to go to UW – he made an informed decision on his own (and we were thrilled to have him close in Seattle!). 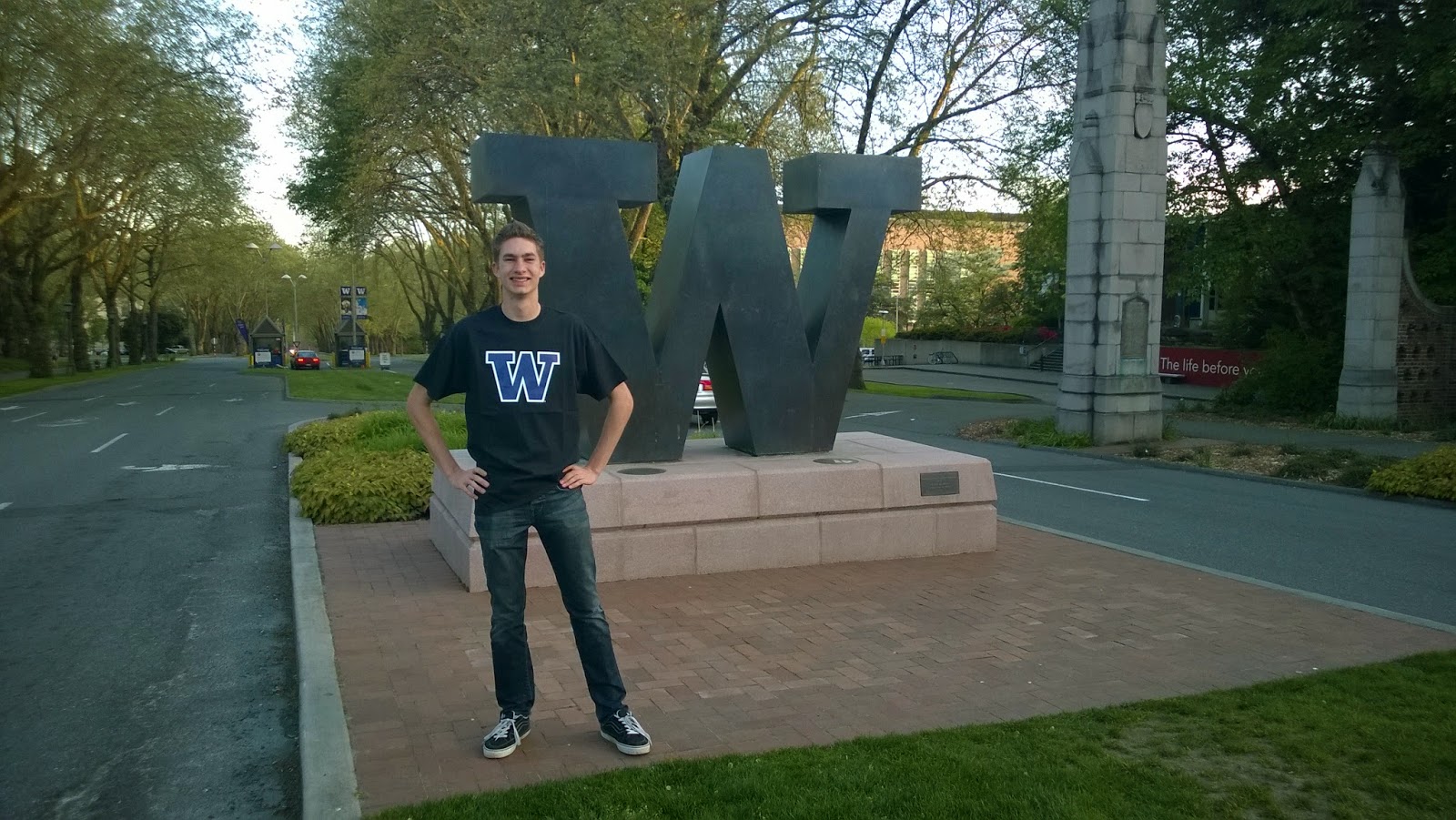 After Anthony had departed for college, I extended a southern California business trip and had Caleb fly down to meet me in San Diego.  He was interested in visiting several schools throughout Southern California (where I grew up as a young child).  We started with a visit to University San Diego, a pristine Jesuit college on the hilltop overlooking the ocean.  In the evening we had a wonderful visit with Uncle Rich Snapper, where we heard tall-tales of Rich’s hunting adventures (although he has busts to prove it!).

The following day we sauntered up to UCLA for a full college tour of the Brentwood campus (and enjoyed sushi at Nobu and a night at the Mondrian hotel in West Hollywood).  The last day, we started early at Pepperdine in Malibu, where Caleb found a “heaven-sent” soccer field on the ocean, and we got a happen-chance personal tour of campus.  In the afternoon we drove south to visit the sprawling UC Irvine campus, then dinner at Laguna beach (before departing). Altogether, it was an informative trip for Caleb who applied to all of the schools, except UC Irvine.  We’ll see where Caleb elects to attend this coming Spring.

Lastly, and perhaps most painfully, 2014 will be forever remembered for Farmstr – Janelle’s startup that she founded to help small farmers connect with consumers.  This past week, it was announced that Farmstr is ceasing operations – despite double-digit growth quarter-over-quarter all of 2014.

For the past two years, we watched, supported, and encouraged Janelle as she brought Farmstr to life – attracting $1.3M+ in venture capital financing, won multiple awards, and became a darling in the Seattle startup ecosystem.  She attracted amazing talent and demonstrated the audacity and capability to grow a business from an idea to a real solution.  We couldn’t be more proud of her. Unfortunately, notwithstanding the market traction, Janelle was unable to galvanize enough momentum to secure large, deep-pocket investments to continue growing a full-service farmer-to-consumer delivery model (her competitors attracted $20M+ in financing, and/or are backed by multi-billion dollar entities). While it is heart-wrenching  to see Farmstr close, I know Janelle has ambitions to continue her work to support small farmers.  Expect to hear more from Janelle on this front. 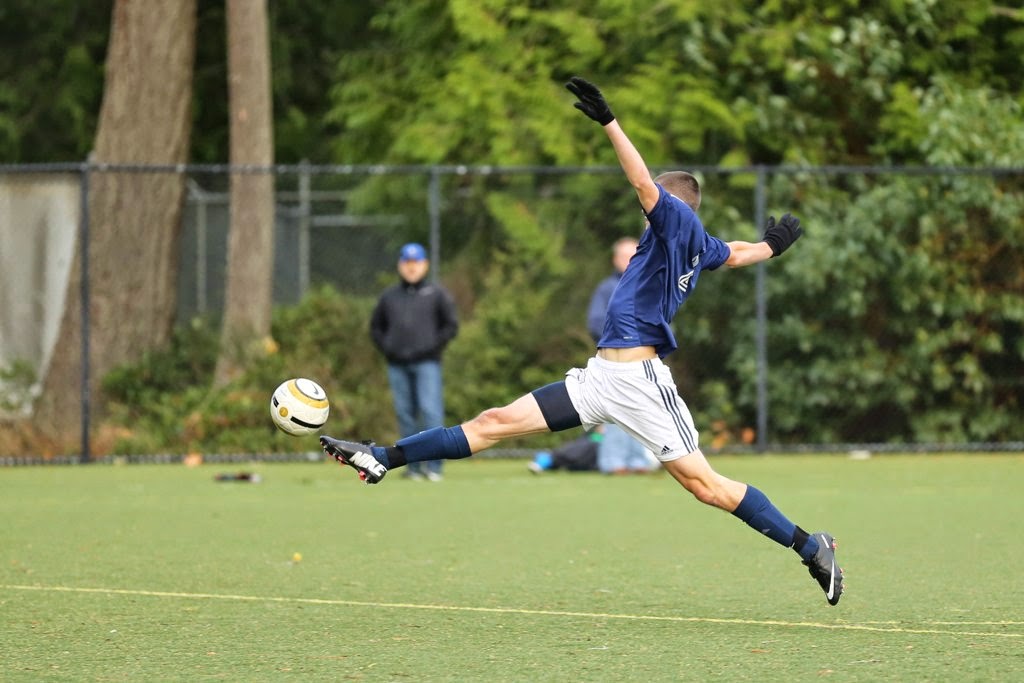 Outside the Top 5 for 2014 are several “runner up” experiences and events.  Caleb’s soccer team this past Fall earned 1st place in the Washington State Premier league, a timely accomplishment in his senior season.  We bought into a boat syndicate in Spring 2014, giving us access to a fantastic set of ski boats just blocks from our house – it turns out Anthony is a natural at wake boarding (and I love simply being on the water).  Following the boys’ European 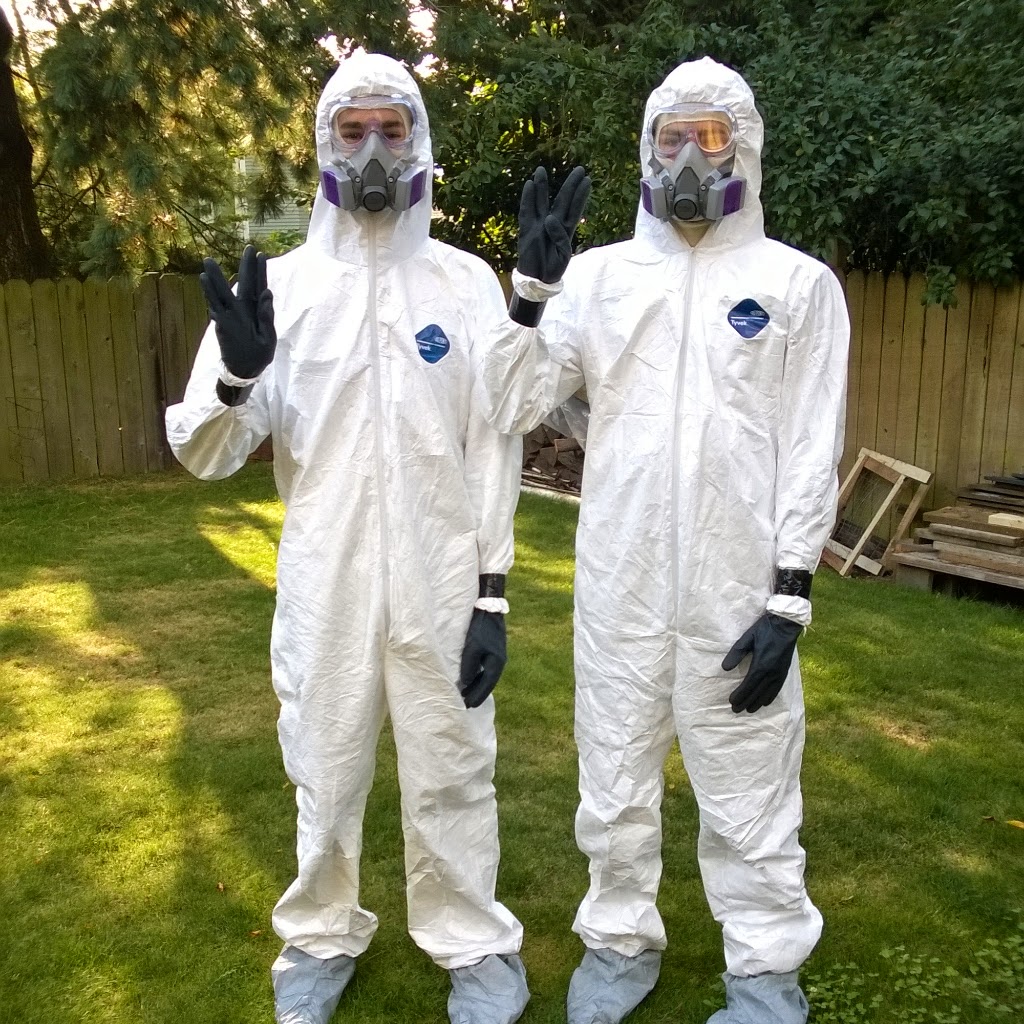 excursion, we enjoyed a family trip to Orcas Island, including some memorable rounds of golf. The boys and their good friends, Chet and Galan, helped us remove the siding and paint our old 1907 Craftsman in Wallingford. After 4+ years, I left Microsoft in November to join an aspiring software company based out of New Zealand, called Xero.  In my new role, I am based out of San Francisco with international team members east (New York, London), and west (New Zealand, Australia). In December, we enjoyed the final performance of Pacific Northwest Ballet’s rendition of the Nutcracker; it was a time-honored Seattle tradition (we will miss the dance of the sugar plums and peacock). Finally, in 2014 I had the pleasure of attending my eldest brother’s formal promotion to a U.S. Army General – a huge honor and reflection of his commitment and service to our nation. 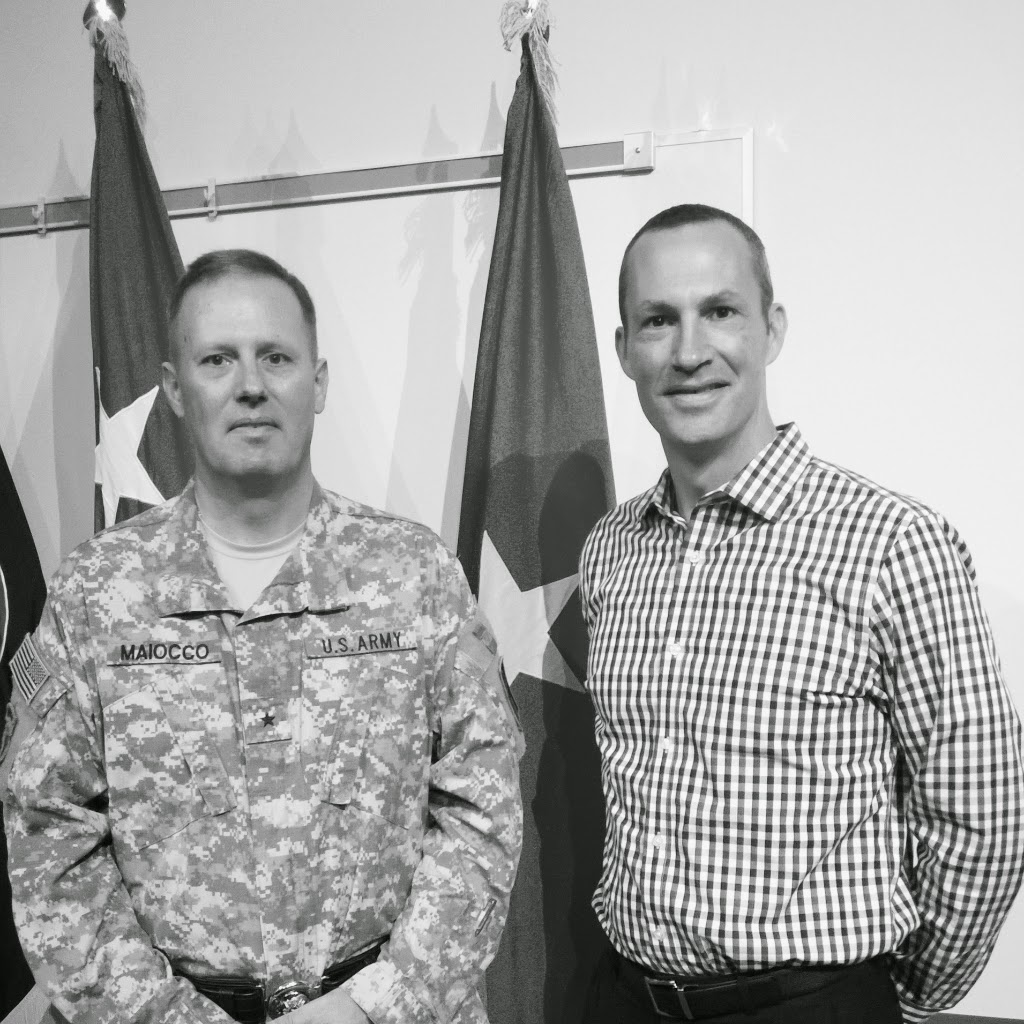